Greetings, young adventurer. I see you’re out to print out some crazy concoctions. Well, modelling for the physical world its own set of constraints. You might be like me, in that, I only focus and on the aesthetics when I model. Unfortunately, this means, we have to fix up our models afterwards, to make it printable. Have no fear! Here are some tid-bits that I learned from countless hours of toil, that it may aid you in your 3D printing woes.

Netfabb is magic. It is a software specially designed for helping with mesh repairs.

There’s several desktop versions as well as a cloud server.

Netfabb Studio Basic (which is what I use) is a free desktop version. It has a heal button to repair your mesh using one of two algorithms, default repair and simple repair. The lower right panel will display problems with the mesh that make it non-printable.

Additional parameter adjustments and order of execution of the different types of repairs are available in the professional version. 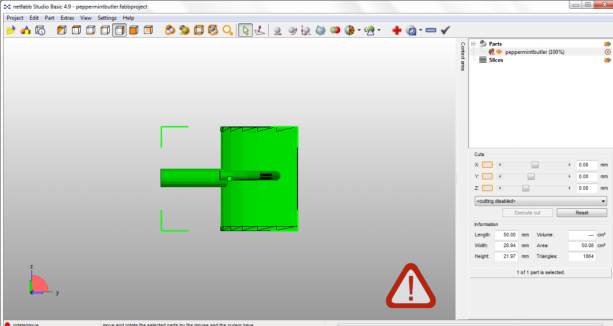 Oh noes. I deleted some faces in Peppermint Butler’s arm! 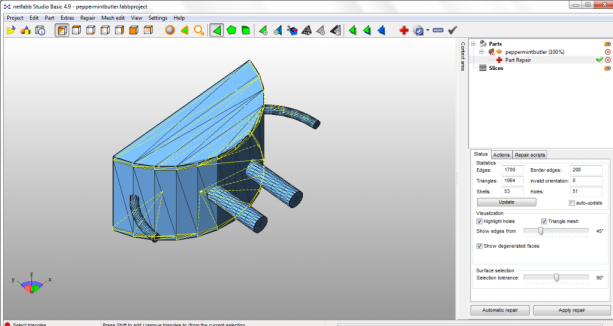 Clicking the big red cross (heal button) brings up a set of mesh diagnostics in lower right. “Update” button must be clicked, otherwise the fields won’t show the right numbers. Here, it tells me there’s a lot of holes and border edges. 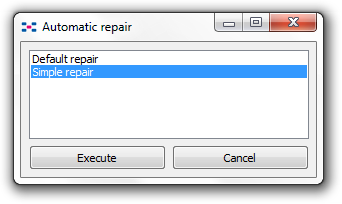 Clicking “Automatic Repair” will bring up a menu of two algorithms.

In my experience, simple repair has worked better than default repair. Sometimes when I import a model into netfabb, apply a default repair, and export the model, I can no longer open the model in the software that created the original.

After executing and applying the repair, my Peppermint Butler is ready for printing.

There’s also a web service for mesh fixing called netfabb Cloud. It only accepts STL files whereas netfabb Studio Basic can accept a variety of files, like OBJs. After uploading the file, the server will automatically fix the model and email the result to you. There’s less information given if the repair fails, but usually it works as well as the simple repair in netfabb Studio Basic. Netfabb Cloud is also the model repair backbone of Shapeways, a 3D printing service.

Part 2: What To Do When Netfabb Can’t Fix It