Winner of the International 4!

Today is also the first day of the main event of DOTA2 International!

I stopped by Legends, for a DOTA2 Pubstomp (hosted by One Nation of Gamers). It was less crowded than the Boston Pubstomp I went to last year, but the crowd was just as enthusiastic.

I’ll be back tomorrow!

Oh man! Adventure Time Battle Party is out in Beta!

It’s a MOBA that features a large set of Adventure Time characters.

I started playing today (checkout my game up top), and it’s pretty neat, despite a few bugs.

Compared to other MOBAs I’ve played, this is a lot closer to League of Legends than DOTA 2.

Uniquely to this game, there’s a time limit of 15 minutes. Whoever can destroy the opponent’s base first, or have the most points at the end of 15 minutes wins. This makes games go a lot faster, which I really like. There’s essentially no farming phase.

Each character gets three spells at the start of the game. The spells aren’t leveled. Instead, the items are leveled, to give battle bonuses.

Instead of buying items, you start off with a backpack of items that you level up for bonuses (sort of like runes from League).

There’s an in-game chat, but it’s more like DOTA’s chatwheel, where you can only select specific phrases.

The entire map is TINY, with only two lanes and a jungle.

Overall, it feels like a very quick and streamlined MOBA, and I love it.

The major flaws of this game are that it’s in a browser (it uses Unity). I’d definitely prefer a standalone client.

Also, maybe because this game is new, but it’s really hard to find other players to play with. I’ve only had success teaming up with others against bots. There’s no penalties for quitting a game, so a lot of people abandon during the loading phase. 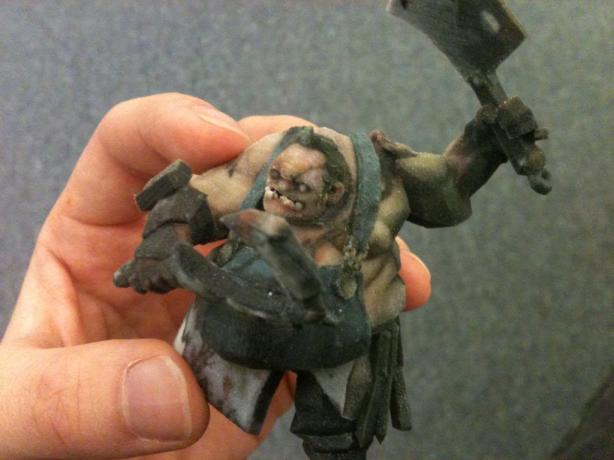 Someone tipped me that you can get game poses from DOTA SMDs, so I decided to try it out, learn some Blender, and print a Pudge.

He’s all dressed up in britches with a ripper hook.

I miss DOTA terribly… no internet…

I remember one day way back in December. The air was brisk, and full of holiday excitement. On DOTA 2, there was Frostivus. My teammates and I batted the tides of enemies, with me as Omniknight. To my surprise, we defeated the Wraith King, turning a nondescript night into one to remember.

WHY IS EVERYTHING SO AWESOME!!!???

WHY IS EVERYTHING SO DIFFERENT??!!!

I just found out there’s a pubstomp in my area. YEAAAAA!!!

The International DOTA2 championships is this weekend.

So sad there’s no pubstomps around me.