I guess I should start DOTA Reactions back up again, since i’ve been playing oodles of DOTA.

For one game, I went Shadow Demon to counter Warlock. Every time Warlock summoned Golem, I purged it. When Warlock got Scepter, I got Diffusal Blade.

I can’t believe it’s been 5 months since Calvin first gave me an invite. During this time, I’ve had 460 amazing hours of epic victories and crushing defeats.

The games that I loved the most were the ones that left my heart pounding: all the the momentum swings, the base races, and the everything-can-collapse-at-any-moment feels. My favorite match took place on the first of February. What began as a 5v5 very quickly devolved into a 3v3, due to rage quits.  In the end, it was Silencer, Leshrac, and Wisp (me) pitted against Magnus, Windrunner, and Alchemist.

We fought tooth and nail, and eventually clawed our way to victory, with me making some ridiculous saves with Relocate.

That game conjured nostalgic memories of the times I played the original DOTA with my good friends. We would 3v1 amongst ourselves. It was always Dwarwen Sniper, Rouge Knight, and Phantom Assasin (me) versus Ursa Warrior. I miss those days.

For me, DOTA 2 wasn’t just about playing the game; it was about the people. I met some super friendly folks in-game as well as befriended a motley crew over mumble. I called them “Dan’s Internet Friends” because, well, they were Dan’s internet friends.

I’ve stuck with DOTA 2 for far longer than any other game in recent years. It has been a very good experience. However, I think I’m done, at least for now. DOTA 2 is a simple pleasure. Right now, I crave something deeper and more meaningful.

Base race against a team-wiping lvl 25 Drow…. stressful times…

Gotta save the team 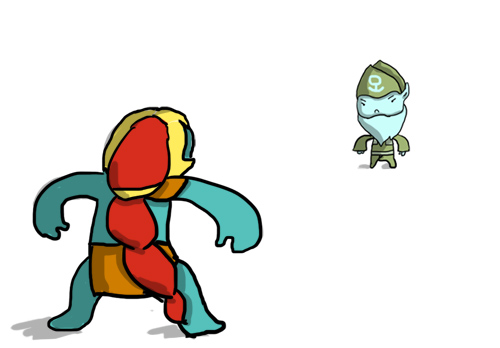 Huskar and I got into a standoff. It was his low health/Berserker’s Blood vs. my Reaper’s Scythe.

We ended up losing due to being out pushed, but those first couple kills were great.

I was mid lane against Death Prophet and kept getting super harassed by her Crypt Swarm and Exorcism spirits. She got too aggressive with her tower diving, and I was finally able to finish her with Reaper’s Scythe.

Man. It was hard.

I was soooo close to a 0-death game!  Timbersaw and I dominated bottom lane.

We curb-stomped Bloodseeker and Juggernaut. It was beautiful.