On Saturday, I went to see ONCE UPON A TIME IN THE EAST, a Kaiju Big Battel event. It featured live monster wrestling action.

Having never been to ONCE, it was a really cool venue. There’s a sweet upstairs area where they serve tacos and a downstairs pit that’s been converted into a wrestling ring.

I also ran into Marcelle there. Surprise! 😀

Overall, the matches were hilarious. There were lots of intense monster vs monster action.

In one fight, there was even a decapitation! 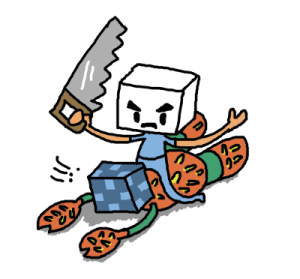 I wish I’d read up on the characters beforehand, ’cause there appears to be loads of backstory to the monsters. A lot of the characters interacted with the guests before the matches began in the taco area, which was neat.