A little while ago, I went to a Meetup that featured ShapeJS, a platform by Shapeways to create objects for 3D printing. 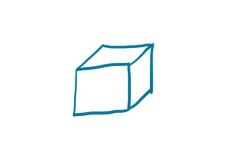 It uses a voxel system to create shapes, which is super neat. It bypasses a lot of potential problems with meshes.

Beekey, a software engineer at Shapeways, demo-ed a lot of cool apps you could make with ShapeJS, like the 2D to 3D converter. I’ve used the converter, and it’s been really helpful. Previously, I’d import my 2D vectors as surfaces in Maya, and then extrude. Now, it’s a super easy, one-click process.

Sculpteo has a similar app called Image Extrude (which I believe came first) but it doesn’t let you export the models, which is a bummer. 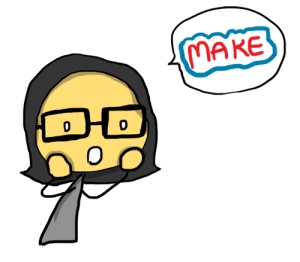 As from ShapeJS, I learned a lot about powder-based SLS from Beekey. However, I was shocked to discover he’s never heard of MAKE!

C’mon Shapeways engineer, gotta get with it! 😛