My friend and I went to the 1pm event instead of the midnight (’cause we’re olde and need sleep).
We were surprised to find the event just as packed.

I opened a couple boosters, and whipped together a Blue/Green control deck. Wish I had a bit more removals though. =/

First round I won. I actually won!
I never win the first round! Usually I have to make crazy adjustments before my deck becomes playable.

Second round I got crushed by Sanguine Blood.
He didn’t have to hit me to kill me. 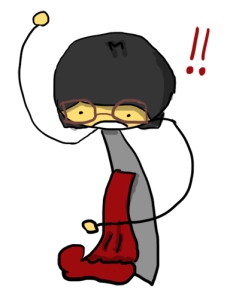 Third round I got crushed by Essence Scatter.
Opening three of them should not be allowed.

Fourth round, I scraped a victory.

My opponent’s Merfolk Spy had whittled me down to my last life, when I drew a Claustrophobia to shut it down.

Heart of the cards saved me!

I didn’t expect to have this much fun with a Core set, but it was awesome!!! Definitely looking forward to Theros next.