HOLY SMOKES IT WAS AWESOME!

I just returned from bloom, an incredible dance party! My friend, Jason, and his girlfriend, Jen, ferried me an hour away, to a renovated abandoned building for this epic venture.

There were four rooms / two floors with individual sets of DJs! I spent a good deal of time running around, trying to experience them all.

I met a few of Jason’s friends at the venue. First was Steve, a super friendly fella who I saw a few more times roaming from room to room. We talked for a little bit. Then there was this RED HAIRED LADY (Madison). She had the coolest Alice in Wonderland tattoos all over, (and she liked the zebras on my dress)! 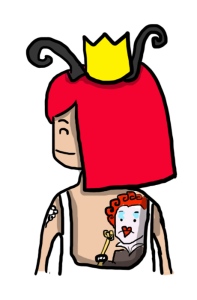 Jason had a knack befriending interesting people. Sometimes he would just dance with a random guy, and a song later, they would exchange numbers. Their dance was like a primal gesture that signaled friendship! I was super impressed! His gift was also how he got us invites to after parties. 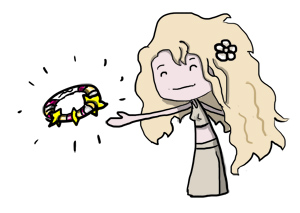 The highlight of evening came from a lady dancing with a flow wand. I’d never seen a flow wand before, so I was enthralled. Her ethereal look, combined with the levitating stick, made her look suuuper pretty. She spotted me half-way across the dancefloor, grabbed my hand, and gave me a bracelet with shiny beads, stars, and the words: “always believe”!!!!! She then touched my head, and said something drowned out by the music. I imagined it was something like, “I like your hair” or “welcome to the secret society of awesome people”.

Bloom was such an good time. I hope we go on more of those fun expeditions.