It’s hard for mindblown individuals to tell tales, so I can only try.

“Look at this one. She looks so innocent but we know what she really is.”
Faye nudged my shoulder as I entered the elevator waiting area.

She was absolutely right. I was about to pull an insane stunt: tipping the Bellhop.

As the next-to-last person off the elevator, I saw the Bellhop pressed up against the steel blue walls, hands held in. A hairline before stepping off, I turned. I stared into his eyes while extending out a coin. He looked back with eyes of confusion and solemnity. After a motionless eternity, I pressed the coin into his folded hand, and then dashed off to my adventures.

To the Bellhop, I was probably a madwoman who just gave him a rusty quarter. To me, the Bellhop just experienced my 1:1, with all the elements: surprise, confusion, and souvenir. My rusty quarter was double-headed coin embellished with the McKittrick thistle. The bold always made their own Fortunes. 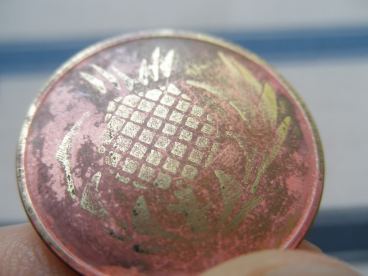 After my crazy experiment, I found myself in King James Sanitorium. A nurse glided through like a wandering spirit. To my incredulity, no one else was in sight. I immediately started to follow her. She came to a doorway, paused, and stared into my eyes, with a frighteningly intense gaze. Slowly, she reached out her hand. 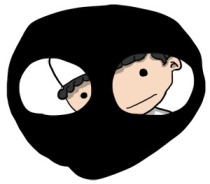 Hesitantly, I took it.

She unlocked a black door and she beckoned me inside.

I entered a place of fear.
The door locked behind me.
The rooms reverberated with demonic banging of exorcism-intensity.
The nurse was a looming shadow, seating me on a therapist char.

She peeled off my mask, and laid me down, and with a blanket, tucked me in. She then pressed her breathlessly still face oh-so-close to mine.

Suddenly a wall lit up with words prophesying Duncan’s death.

The nurse coughed violently into her hand, revealing a nail!

Ushered out in seconds, I was left with only a whisper: “don’t tell a soul”.