Dear Sir or Madam,
I regret to inform you that the Nethernet, as I have discovered yesterday, is no more.
Sincerely,
Jenny, a former Seer 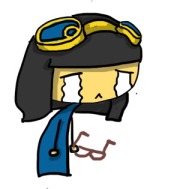 Now that the portal to the Nethernet is broken, I shall take up mantle as the Seer of Lore. The following is a recount of my experiences in the world of Internet Below.

In the beginning there was only Internet Above. By the genius of madmen birthed the fledgeling Internet Below. In those days, it was called PMOG.

PMOG was a quaint little place, with shoppes for daily needs. At the time, I was a tourist aboard the Wired Express. I relished the familiarity and the foreignness of the sites. Everything appeared exactly the same as Internet Above, except a few crates on the side, gifts left by mysterious Benefactors.

While my tour was short-lived, PMOG left a warm impression and booked itself as a future resort destination.

Internet Below grew into a mechanical marvel. My next trip there landed me in a world deemed the Nethernet. Rife with citizens busting too and fro, the Nethernet was a festive place.
However, there were hotly contested views on what the Nethernet should be. Factions of Order and Chaos arose. Everyone duked it out. Casualties were too many to be enumerated in the Daily Post.

It was a very lively world. So, I applied for citizenship.

I began as a shoat. Everyone began as shoats. I ran around in my top hat, learning of all the factions.
I had acquainted myself with the delicious taste of explosions. It was a taste not to be denied. 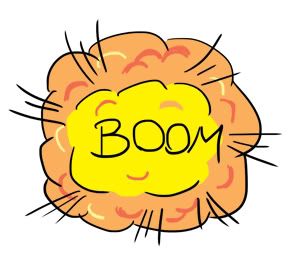 In my early days, I toyed with grenades and mines. Any unsuspecting traveler would’ve been greeted with a rude awakening. I was quick and ruthless, and probably the target of a few Bedouins or Vigilantes.

As time progressed, I found my true calling as a Seer. I navigated the wild and wonderful world of Internet Above and left portals to Internet Below.
I lived in a world between worlds. 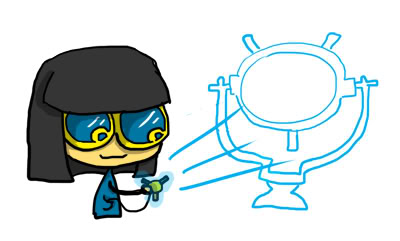 My Seer-nature eventually led me to other corners of Internet Above.
I had left a small comic as a gift to Internet Below, to be continued upon my next return.

Alas, Internet Below is gone.
I call upon ye Stewards of Stories.
Fill the compendium with your tales, so that the Nethernet may live once more!

*Edit: Holy smokes I just discovered an article by the Nethernet’s creator. {Link}